Our master perfumers explain why the fragrance of vanilla has such an undeniably universal appeal, and why they are increasingly asked by manufactures to incorporate its warm, soothing and seductively fragrant qualities into their product and product lines!

Although the word, vanilla, refers to something dull or unoriginal in current usage, it is no such thing and is highly desirable within the realms of both gastronomy and perfume.

For almost five hundred years, the intriguing and regressive fragrance of vanilla has captured the hearts of perfumers all over the world.

Warm, comforting and rich, its power to evoke pleasant memories of childhood and the lingering aroma of holiday goodies baking in a family oven is a vital ingredient in creating brand loyalty, and it is used in many modern industries. 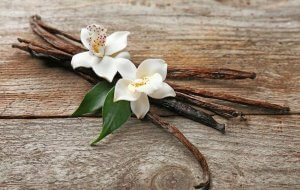 The sweet and familiar aroma of vanilla is one of the most often used ingredient in modern perfumery, and its familiarity can be considered essential to the success of any new fragrance.

Its reputation as a powerful aphrodisiac endures, and it’s often a component in seductive fragrances, especially those within the gourmand and amber fragrance families.

Its essence is usually found in the background of a scent because of its unique molecular properties that serve as a fixative that remains for a long time on the skin.

A Short History of Vanilla

Since time immemorial, vanilla was used exclusively to fragrance shrines and temples.

A sacred aspect of daily life, vanilla flowers were also placed inside amulets and worn around the neck to protect the wearer from the evil eye.

Historians surmise (there is no written record) that the indigenous civilization of the Totonacs, who lived on Mexico’s eastern coast, were the first people to cultivate vanilla.

That changed in the 15th century, when the Aztecs conquered the Totonacs. 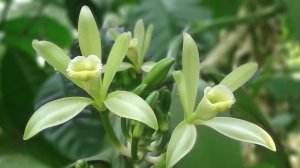 They drank their favorite drink, chocolate, with a dash of vanilla and even offered it to their own conquerors, the Conquistadores, who landed in Veracruz in 1519.

Their sailing ships transported vanilla along with jaguars, opossums, and an armadillo, back to Spain.

Vanilla served almost exclusively as an additive for chocolate until the early 17th Century, when an apothecary named Hugh Morgan, who was in the employ of  Queen Elizabeth I, invented chocolate-free, all-vanilla-flavored sweetmeats.

The Queen adored them and within a hundred years, the French were using vanilla to flavor ice cream and Thomas Jefferson discovered it while living in Paris in the 1780s, where he served as American Minister to France.

He was so enamored with it that he copied down a recipe, which is now preserved in the Library of Congress.

The first time vanilla appeared in the modern world of perfumery was in 1921, when Guerlain added it as an ingredient to its iconic creation, Jicky. 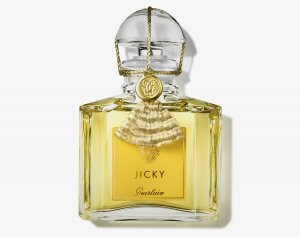 It was developed by Aimé Guerlain, the son of perfumer, Pierre-François-Pascal Guerlain, who founded the family perfume house in 1828 when he opened a small shop in Paris. He was a master craftsman whose roster of clients included queens and tzars.

Why Do Perfumers Love Vanilla?

Our fragrance formulators, who are both pioneers and leaders within the perfume industry, keep vanilla as a special ingredient in many of our superior fragrances.

This is because it is very versatile and can perfectly complement an endless amount of notes to create a new and unexpected facet in almost all the olfactory families.

Amber fragrances often contain aspects of vanilla blended with other spices, and woody perfumes rely on vanilla to enhance their creations with deep, rich and velvety tones. 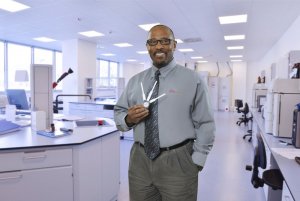 Citrus or floral heart notes imbued with vanilla are usually those that can be worn to keep cool at all times of the year.

Vanilla is almost always an integral component in modern luxury fragrances, and it is one of the reasons they are more costly than others.

Synthetic vanillin and ethyl vanillin are greatly appreciated, as they are at least twenty times cheaper than real vanilla and the reason why more than 20,000 metric tons are produced annually. 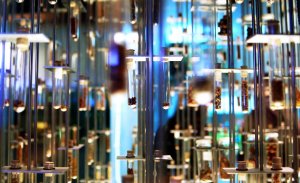 If a consumer is sniffing something that is scented with vanilla, gamblers can bet on the likelihood that it is not natural vanilla but rather the synthetic variety.

The Benefits of Vanilla Fragrance

First and foremost, vanilla is a mood enhancer and it aids in soothing anxiety and stress. It is that elusive element that adds the power of recall and warmth to a fragrance.

Its versatility translates into the ability of perfumers to formulate endless exotic combinations, and it blends well with tropical elements such as coconut.

Vanilla is a great favorite for many perfumers, as it is an element that transcends both time and fashion.

Synthetic vanillin can be made from petrochemicals; lignin, which is a by-product of paper production, and from eugenol, an ingredient found in clove oil. Its costly nature as a labor-intensive crop has fostered a long history of robbery and intrigue.

In addition, a new generation of imitation vanillas threaten the industry’s survival, as many companies substitute vanilla with synthetics and label it “natural flavoring.”

This sabotages growers in Madagascar, who can’t compete price-wise and many have been forced to leave their homes in search of work elsewhere.

1. Vanilla Is The World’s Most Labor-Intensive Agricultural Crop

After saffron, vanilla is the second most expensive spice in the world because its production is so labor-intensive.

It can take up to three years after the vines are planted before the first flowers appear. The fruits must remain on the vine for nine months in order to completely develop their signature aroma.

Because it is so costly, 98% of vanilla used in both flavor and fragrance is synthetic.

2. The United States Is The World’s Largest Consumer Of Vanilla

3. Vanilla Is The Only Edible Fruit Of The Orchid Family

This represents the largest family of flowering plants in the world. Vanilla is considered a tropical orchid and is the fruit (vanilla pod) of Vanilla Planifolia, which resembles a greenish daffodil that grows as a creeping vine wrapped around a tree.

4. There Are More Than 150 Varieties of Vanilla

Only two types of vanilla are used commercially; namely, Bourbon, whose name derives from the island once known as Ice Bourbon before the French Revolution, and Tahitian, which is a cross between Vanilla planifolia and Vanilla odorata.

5. For Centuries, Mexico Had A Monopoly On Growing Vanilla

This changed in the late 19th century, and today Madagascar grows the majority of the world’s crop.

6. In Madagascar, Vanilla Rustling Is A Major Problem

To combat this, growers brand their individual beans with pins or a knife when they are green and the marks remain after the beans are dried.

They serve as branding, for if a grower suspects that their beans are stolen, they can easily determine the truth.

7. Vanilla Is the First Choice For Most Ice Cream Lovers

According to the International Ice Cream Association, vanilla is the first choice of  29 percent of ice-cream eaters, followed by chocolate (8.9 percent), butter pecan (5.3 percent), and strawberry (5.3 percent).

8. Vanilla Grows As A Clinging Vine

Vines can reach lengths of up to 300 feet, from which sprout pale greenish-yellow flowers, about four inches in diameter.

9. The Flower That Produces The Vanilla Bean Lasts Only One Day

The beans are hand-picked and then cured, wrapped, and dried in a process that takes 4 to 6 months.

10. Only The Melipona Bee From Central America Can Pollinate Vanilla

In other parts of the world, humans duplicate the process using a wooden needle. Each flower remains open for only 24 hours, after which, if not pollinated, wilts, dies, and drops to the ground.

A Few Of Our Recently-Formulated Fragrances

The following represent some favored vanilla-infused scents from several categories recently created by our master perfumes at Alpha Aromatics. 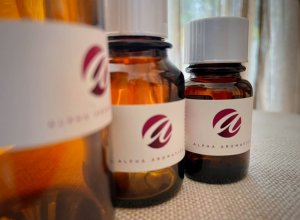 A burst of juicy, redolent citron opens this complex fragrance noted for its sharp accents of fresh mulled fruit and warm wood.

The touch of oak coupled with invigorating citron brightens moods and sharpens powers of concentration.

Candles infused with this scent work well in busy offices with many distractions, lecture and study halls and university libraries.

Streams of citrus unfold to form the top note of this invigorating tropical fragrance, which is marked by aspects of sour-sweet and lemony tamarind fruit, fresh lemon and sharp, floral lime.

These facets soon fade into a middle note of elegant and noble vanilla, powdery orchid and rich, smooth gardenia.

A base note of sun-dried driftwood, warm, dark amber and creamy sandalwood ends this intoxicating scent.

Dazzling seascapes and sparkling emerald waters glimmer in the mind’s eye when inhaling this unforgettable scent.

Vanilla is vital to the perfume industry and our perfumers appreciate its enduring value in the fine perfumes we formulate and supply to an endless array of product and product line manufacturers.

Contact our team today to incorporate the timeless fragrant beauty of vanilla into your company’s unique olfactory logo.

Masculine Fragrances: Let’s Hear it For The Boy!
by: Alpha Aromatics on May 10, 2022

What exactly are masculine fragrances and how can they help your product or product line stand out? While perhaps elusive to precisely define, there is much more to these perfumes besides the fact that they are preferred by men. Their properties are …

Read More
How Sage Adds A Renewed Energy To Scented Products
by: Alpha Aromatics on April 24, 2022

Sage is an herb with a long and colorful history that is indigenous to the Mediterranean region of the world. It is a member of the mint family, as are rosemary, oregano, thyme, lavender and basil. Known as Salvia Officianalis, this name derives from the Latin verb, salvere …

Read More
The Fragrant Power of Neroli Within Scented Products
by: Alpha Aromatics on March 27, 2022

One of the most widely used floral oils in perfumery, Neroli has a rich and colorful past. Its light, sweet floral fragrance tinged with a hint of citrus is extracted from the fragrant white flower blossoms of bitter orange trees via steam distillation. It is most often used as …