Often found as a base note in floral fragrances, lily-of the-valley blends well with woody notes like sandalwood, patchouli, and vetiver as well as green notes such as herbs and foliage.

But why is this fragrant gem so often used by master perfumers within fine perfumes, personal care products, soaps, detergents, shampoos and even surface cleaning disinfectant products?

Lily-of-the-Valley is a perennial plant with a rich and colorful history. Indigenous to Europe and distributed throughout North America and Northern Asia, it prefers shade to sun and grows as a wild flower in England. 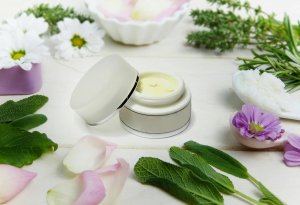 It is also found in the southern Appalachian Mountains and thrives in shady spots where it spreads and forms a dense mat, which serves as ground cover under trees. Cultivated in shaded garden areas, this flower is renowned for its small, white, sweet-smelling, bell-like blossoms, and has long been linked to multiple meanings in history, legend and folklore.

Known by quite a few other names which include: May Bells; May Lily; Our Lady’s Tears; Fairy Ladders; (Ireland) Ladders To Heaven and Mary’s tears, lily-of-the-valley is a spring and early summer bloomer, usually developing in May. For this reason, it has been named the floral emblem of that month.

Known to reach from 4 to 8 inches in height, it bears fruit; namely, red berries, and has two large, oblong, glossy leaves with prominent veins that are located at the plant’s base. Fragrant blossoms develop in a cluster on one side of a leafless stalk with a scent so lovely that our master perfumers often infuse it into their spring and summery formulations. 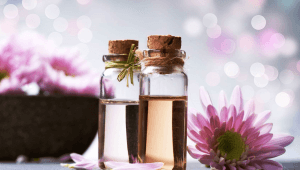 Tales And Legends Associated With Lily-Of-The-Valley

According to one tale, lily-of the-valley flowers sprouted from Eve’s tears after she was exiled from the Garden of Eden. Its delicate and redolent white flowers have long been have been linked to the traditional feminine virtues of chastity, purity and sweetness.

Its small stature and shade-loving nature have rendered its character into a natural symbol of humility. In the Victorian language of flowers, lily-of-the-valley symbolizes a “return to happiness.”

In time’s past, lily-of-the-valley was believed to protect gardens from evil spirits, and was utilized as a charm against spells cast by malicious witches. It was also considered to be the favored bloom of fairies, who used its tiny bells as cups from which to drink. 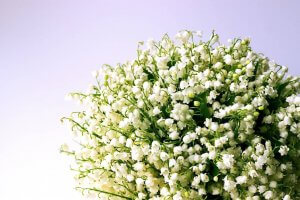 In England, when St. Leonard of Sussex fought his noted battle with a dragon during the sixth century, as a commemoration to his efforts, the flowers are believed to have sprung from the ground where his blood spilled.

It is also believed that the flower was created in honor of Maia, the daughter of the mythological Atlas. Alternatively, there are those who believe the flower is bad luck and should only be used on graves, in honor of death.

Why Is Lily-of-the-Valley So Often Found In Fragrances?

Our master perfumers harness the power of lily-of-the-valley in many of our fragrances meant to be enjoyed in early spring and summer, main due to the fact that this highly versatile scent complements many others.

According to Steve Mormoris, CEO and founder of Scent Beauty: “Lily-of-the-valley, (muguet in French), has a lilting, sweet scent imbued with dew that is alternately sweet and green. It has a strong association with the emergence of spring and new beginnings. It is remarkably feminine in character and has an enduring classicism without being old-fashioned. Often found as a base note in floral fragrances, lily-of the-valley plays well with woody notes like sandalwood, patchouli, and vetiver as well as green notes such as herbs and foliage. These pairings accentuate its sweetness without being cloying…Lily of the valley evokes a day of simple pleasure, much like the first warm spring day.”

1. Lily-of-the valley was the floral emblem of Yugoslavia, and it also became the national flower of Finland in 1967. The Finnish girl’s name, Kielo, means lily-of-the valley.

2. Christian Dior produced a fragrance simulating lily-of-the-valley in 1956. It was said to be his favorite flower. Named Diorissimo, the scent was designed by Edmond Roudnitska. Dior was so superstitious that he even sewed sprigs of the plant into the hems of his early dresses for luck. All of his subsequent earlier fragrances were built around this one. Although this fragrance has since been reformulated, today it still shines as a classic formulation. 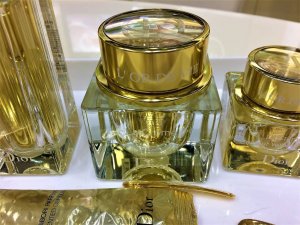 3. Lily-of the valley is considered lucky, and has been a favorite in wedding blooms since the days of Victorian England. Queen Victoria, Princess Astrid of Sweden, Grace Kelly of Monaco, and Kate Middleton all had this flower incorporated into their wedding bouquets. Kate Middleton, in her marriage to Prince William in 2011, filled her entire bouquet with lily-of-the-valley. It is said to augur good luck in love.

4.In the Bible, lily-of-the valley is mentioned 15 times, most often in the Song of Solomon. Its name, in fact, derives from a Hebrew phrase found in that very source; namely, shoshannat ha amaqim ( rose of the valleys). According to the New Testament, lily-of-the-valley blossomed from the spot on the ground where Mary’s tears fell at the foot of the cross.

5. Lily-of-the-valley cannot tolerate heat. They are known to live for decades in cooler climes, but cannot thrive in very hot and humid weather.

6. The plant is not a true lily, and actually belongs to the asparagus family because its leaves are reduced to small clusters on one side of the stalk. The green stems act as the primary structure of the plant. Its botanical name, Convallaria majalis, translates into “May valley.”

7. Lily-of-the-valley has healing properties and was used to alleviate the effects of gas poisoning during World War One. It was also a known treatment for heart disorders, epilepsy and burns.

8. On May 1, 1561, King Charles IX of France received lily-of-the-valley as a gift of luck, and every subsequent first of May gifted this fragrant flower to the women of his court.

10. Lily-of-the-valley was a prominent circular or oval design carved or inlaid into early American furniture. According to Deanne Levison, author of The Symbolism of Floral Inlay that was published in Magazine Antiques, colonial furniture makers used this floral design on tables and sideboards to capture the spirit and energy of the new country.

11. Lily-of-the-valley represents the quintessence of spring, and is often used in religious ceremonies and celebrations. In France, on May Day (May 1), which is named La Fête du Muguet (Lily of the Valley Day), bunches of the petite buds are sold on the streets and worn in lapels.

12. Lily-of-the-valley is used in some of the most famous fine perfumes such as Chanel #5 and many others over time.

Alpha Aromatics And Our Use Of Lily-Of-The-Valley

We are a prominent American manufacturer and purveyor of fine fragrances and a pioneer within the perfume industry. With routes stretching as far back as the 1940s, our superior fragrance compositions are formulated for the finest quality perfumes, personal care products, candles and diffusers and fragrances for home products. 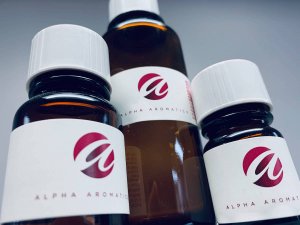 We rely on meticulous research performed at our 85,000 square foot facility, which is located in suburban Pittsburgh, and whose laboratories are equipped with the finest, most cutting edge tools in industrial science that money can buy.

The following are some favored fragrances containing lily-of-the-valley that were developed by our expert perfumers at Alpha Aromatics for use an an array of commercial products.

These elements soon evaporate into a heart note brimming with warm, exotic ginger, dreamy and passionate rose, delicate and feminine lily-of-the-valley, vanilla-like orchid and bitter, lemony tamarind. A base note of warm and rich amber coupled with tones of sensual and woody musk complete this delightful fragrance that whispers of far away, mysterious places. 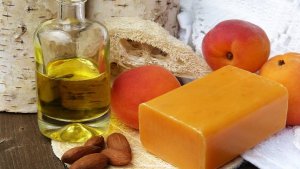 A sultry night in a tropical paradise is captured in this dreamy amalgam that is characterized by a top note marked by subtle, green, sweet and sour, pomegranate and exotic touches of luscious pineapple, satiny peach and milky, lush and sugary coconut.

These aspects soon give way to a heart note featuring light, floral and bitter neroli, passionate rose and delicate, sweet lily-of-the-valley. The fragrance finishes with a base note of aged mossy oak so very like a forest wet with rain, golden warm honey nectar and luxurious vanilla. 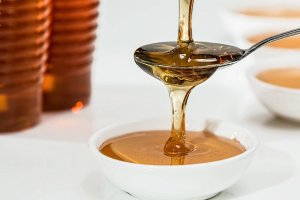 This fragrance so influenced by the crisp, ozonic and salty aspects of the endless sea, opens with a top note that whispers of fresh, green melon, invigorating citrus and the fishy, tangy and briny nuances of ocean air. 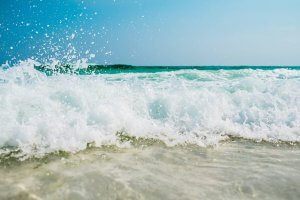 The intoxicating and sacred bloom of lotus known far and wide as a symbol of purity, enlightenment and self-regeneration, opens this fragrance that blends into a redolent heart note characterized by fragile and sweet-smelling lily-of the valley, powdery and elusive violet, soothing, green and rich lavender, earthy, floral hyacinth, bold and clean cyclamen and luscious almond and vanilla-like heliotrope. The scent finishes with the creamy appeal of tuberose and the spicy dry down of yiang.

Lily-of-the-valley is a priceless and versatile plant with a rich history and a memorable poetic scent. If you are a manufacturing company seeking a signature scent featuring this special fragrance, contact our perfumers today and let us make your brand shine with the unique and magical aroma of lily-of-the-valley.