To follow the tales of Ali Baba and his many escapades and the mystical adventures of Aladdin and his wondrous lamp as revealed in the pages of One Thousand And One Arabian Nights is to cross a rich and colorful threshold brimming with vivid images and dazzling aromas that transport the reader to glorious and fantastic realms.

Similarly, the perfumes of the Middle East are just as compelling, mysterious and alluring, presenting an aromatic panorama of potent sensual, smoky, woody and floral elements.

These fragrances have become more and more popular due to modern perfumers who have captured the exquisite essence of Middle Eastern scents and presented them to a sophisticated and dynamic consumer base. 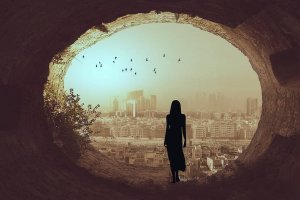 In this region of the world, perfume is considered a powerful statement about individuality, and its use is believed to attract the attention of benevolent spirits and repel evil ones. It is ubiquitous in Arabic society and deeply enmeshed in history, society and daily customs.

The Emiratis, along with their Persian Gulf neighbors in Kuwait, Saudi Arabia, Oman, Bahrain, and Qatar, are the biggest spenders per capita on luxury perfume in the world, purchasing, according to some sources, a new bottle every two months. (Compare this with the average Westerner, who buys one every six months).

For the men and women of the Arab world, the application of fragrances is ritualistic and involves the layering of multiple oils such as: musk, oud, rose or jasmine, and even infusing clothing and hair with smoke from an incense-like concoction called bakhoor, which is made from wood chips soaked in perfume oil and mixed with other ingredients, such as sandalwood. 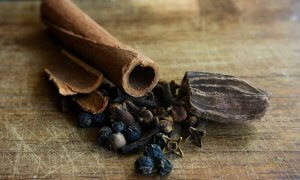 All of these elements are often applied before spraying on perfume. The process of layering is complex and artistic involving precise skill and experience.

Blending diverse scents like floral and woody or spiced and sweet may not mix well when they are bottled, but often are delightfully fragrant when layered on top of one another.

This is a far cry from that final spritz on the way out the door to which most westerners have become accustomed.

For the Arabic population, fragrance oils are applied to the skin of children for protection against the harsh sun and bakhoor burns in many homes every day.

The formula for these coveted oils are often passed down, like family heirlooms, from generation to generation.

Fragrance is also part of the dining experience in Arabian culture, as as after a meal, guests are often presented with a tray of perfume to sample.

While westerners love perfume formulations and consider it the endmost fashion accessory, fragrance is sacred in Middle Eastern countries.

In Dubai, for example, it is the ultimate form of self expression, and women are known to change their perfumes as often as western women change their clothes. In addition, the codification of fragrances is perceived differently. 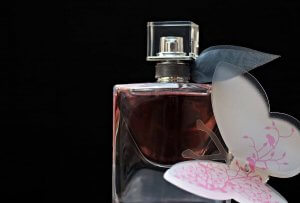 Although attitudes are changing, western scents are still for the most part, gender-specific, while Arabic culture is throwing off these cultural disparities, and albeit equality for women is still very much a work in progress in this region of the world, men and women often wear the same fragrances.

Perfume is revered in the Muslim religion and is mentioned many times in the sacred holy scriptures of the Koran.

It is written that Mohammad said: “Women, children and perfumers are what I like most in the world.” The majority of western perfumes are made with alcohol, the use of which is forbidden in the Muslim faith.

As a substitute, Middle Eastern perfumes are made with essential oils, which are enhanced by the addition of distilled flowers, spices or herbs.

This oily combination is known as attar, and it offers a unique way to experience perfume. This is due to the fact that any composition can become unique with the addition of selected ingredients such as: rose, amber and musk.

This often leads to mixing them boldly together (layering) to experiment with new notes and varied levels of intensity. 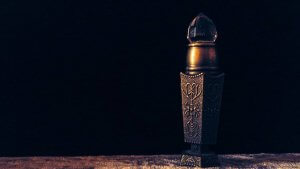 The Importance of Oud In Middle Eastern Fragrances

The influence of the modern Middle East has profoundly shifted the course of perfumery almost exclusively due to the power of oud aka oudh and/or agar wood, a precious raw ingredient, extracted from the fungus-infected resinous heartwood of the agar tree, which is primarily found in the dense forests of Southeast Asia, India and Bangladesh. Agarwood is also known as aloeswood.

Derived from the Arabic world meaning wood, this single ingredient represents the quintessence of Middle Eastern perfume and tradition.

It is renowned for its ability to both form layers of scent, which meld warm, smoky notes tinged with dampened wood, and serves to enhance the staying power of other olfactory elements.

Complex, rare and precious, this aroma, when blended with complementing fragrance oils, delivers a sense of opulence, comfort and luxury unlike any other perfume ingredient.

Comprised of many diverse aspects, it is simultaneously both pungent and pleasing. When oudh is blended with touches of floral and fruit, the predominant scent is always musky and sensual.

Oudh has been part of the Arabian fragrance landscape since ancient times.

The Prophet, Muhammad referred to agarwood as a distinct item found in Paradise and encouraged the tradition of fumigation with oudh, which is a practice that continues in the Muslim world to this day.

In Hebrew scripture, The Song of Songs describes oud as a form of incense, and King Solomon as “coming up from the desert like a column of smoke, perfumed with myrrh and incense.”

Known as the “five thousand dollar per pound scent” today, oudh is by far one of the most expensive raw fragrance ingredients in the world.

Because the resin is only triggered by the formation of the mold, its rarity makes it highly coveted and very costly. It is believed that for every ten trees in the wild, only one will have an infected heartwood.

Expert perfumers seek out materials from these older trees because of the superior richness of the resin’s aroma. Unfortunately, many of these trees are now considered threatened species.

At first, the addition of oudh in western perfumes was expected to be a hit only among Middle Eastern, globe-trotting consumers.

It has, however, far exceeded expectations and become a popular extract that trusted perfumers have incorporated into their vast array of fragrance selections.

In fact, almost every fragrance house in the world now has at least one scent featuring oudh.

A Few Relevant Statistics On Oudh

The annual oudh market gleans around $6 billion, and its value is often estimated as one-and-one-half times the value of gold. This is why it is often referred to as“liquid gold.”

According to Forbes Magazine, its cost often runs up to $5,000 per pound, and retailers have been known to sell just a 3-gram bottle for about $300, claiming that only a little oil is needed per application and that one bottle should last the average daily user an entire year.

This raw material, which is also known as sweet myrrh, is derived from a natural resin from the stem of a shrub that only grows in the arid lands of the Middle East.

It is a highly versatile and widely used essential oil in Middle Eastern perfumery because it blends well and offers aromatic balance with many other oils, including those in the wood, resin, spice, herbaceous, floral and citrus families.

Within natural applications, opoponax essential oil can be used as a middle or base note.

It is also often burned as incense for its deeply grounding and relaxing properties, which purify the air in the home.

Warm, woody and velvety, its scent resembles myrrh, but it is sweeter and more  sensual. It also can serve to prolong the aroma of the blend.

This indigenous small shrub adorned with pink and white flowers is covered with a resin called labdanum, which prevents it from dehydrating under the dry, intense heat of the Arabian sun. In perfumery, this resin is extracted, emitting an aroma that is both woody and animalistic.

Labdanum gum is also widely used as incense and as a base note in many fragrances. It melds particularly well with earthy oak moss, dark and musky patchouli and spicy, citrus accords.

We’re an international leader and pioneer in perfume manufacture and have been making fine fragrances since the 1940s.

We know and respect the mysterious and delicate nature of fine perfumes and understand that it remains, as it has down through time, as the only accessory we wear that is always present, and yet completely invisible with a language all its own. 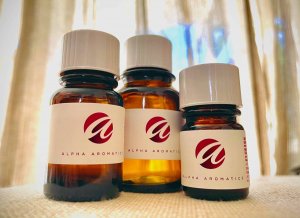 Our fine compositions are used for superior quality perfumes, personal care products, cleaning and disinfectant products, candles and diffusers and our odor neutralizers for those that use the services of private label manufacturers, custom packaging companies and toll blending (the specialty service of custom mixing a company’s unique formula into a final product).

We are headquartered in suburban Pittsburgh, Pennsylvania, where every day in our 85,000-square foot Technology Center wonderful things happen, thanks to the cutting edge tools in our laboratories.

Below are some of our favored scents that represent just a few of the many possibilities we offer in fragrances possessing a Middle Eastern flair. These are ideal for products of all types, including but not limited to fine perfumes, soaps, shaving creams, facial creams, shampoo brands to name a few.

This fragrance opens with a burst of invigorating citrus that soon streams into a heart note marked by sweet, resinous and piquant cardamom, spicy, biting pepper and green, slightly sharp and balsamic vetiver. 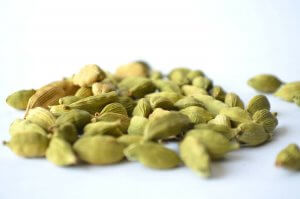 A burst of citrus marked by streams of spicy, complex and fruity bergamot, succulent, honey-like mandarin and biting black currant form the top notes of this fragrance.

The scent completes with a base note marked by elements of elegant vanilla, earthy patchouli, warm, smoky oud and dry, earthy and green oak moss.

We can help you develop the perfect Middle Eastern fragrance for your brand and transport your customers on a magical journey they will want tor repeat many times to come. 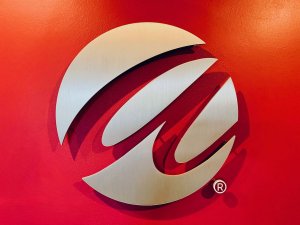