Today, aromatherapy has taken on many therapeutic faces via the use of essential (volatile) oils derived from diverse plants for the purpose of improving the spiritual, emotional and physical well being of humans everywhere.

In fact, in 2015, the global Aromatherapy and Essential Oils Market was valued at over $7.5 billion, 4 billion of which concerned sales in the United States, and by 2022, essential oil revenues for the United States alone are estimated to reach more than $11 billion. Surprisingly, reports suggest that sales for essential oils are the result of a direct selling environment; enabling consumers to both experience and learn about the oils.

With such forecasted market segment growth, it’s clear the use of these therapeutically fragrant oils in the personal care product market and others is a rapidly growing trend, but what exactly is aromatherapy, how does it work and what are the actual benefits derived from essential oils? This article delves into this increasingly fragrant market and provides an in depth guide to aromatherapy for the perfumer and consumers’ perspective.

Where Does The Word Aromatherapy Come From?

What is this elusive fragrant thing called aromatherapy and…what does it want? Derived from two obvious words, aroma, meaning fragrance or smell and therapy, indicating treatment, the name was first coined back in 1937 when a French chemist named Rene-Maurice Gattefosse, accidentally burned his hand in his laboratory and found that lavender oil helped to heal it. This inspired him to further investigate the healing power of essential oils. In 1937 he published Aromathérapie: Les Huiles Essentielles, Hormones Végétales, a book concerning the anti-microbial benefits of essential oils.

Aromatherapy Within The Ancient World

Little is known about the specific origins of aromatherapy, but the ancient Egyptians are credited with developing one of the world’s first distillation machines. These were used exclusively to extract precious oils from certain plants, which were used in their embalming rites. These included cedar-wood, clove and cinnamon among others. A papyrus dating back to circa 1555 BC contains remedies that can be found in herbal medicine today for illnesses of all types.

The Egyptians also developed the process known as infusion to extract selected oils from aromatic plants, the earliest use of which was probably frankincense, which they burned as a sunrise offering to Ra, the sun god, and myrrh was the standard offering to the moon. They also used essential oils to add fragrance to their bathing rituals.

The Ancient Greeks and Aromatherapy

According to Greek mythology, the ancient gods were blessed with the sacred knowledge of perfume and fragrance. Essential oils were used both medicinally and in cosmetics. A Greek perfumer named Megallus developed an early fragrance that was entirely comprised of myrrh. Hippocrates, “the father of medicine,” used essential oils for healing. Pedacus Dioscorides, a Greek physician, wrote an important book on herbal medicine entitled Materia Media, which to this day is considered a standard medical reference text. Many of his recorded remedies are still utilized today by those who practice aromatherapy.

The Sweet-Smelling Romans and the Chinese

Although the Romans adopted much of their knowledge of medicine from the ancient Greeks, their love of bathing encouraged them to further develop aromatics for this daily ritual that so dominated their culture. Applying oil and massaging their bodies were considered part of the bathing rite, and aromatic oils and perfumes found their way to Rome via East India and Arabia through the opening of trade routes. During The Crusades, the use and knowledge of aromatic oils and fragrances spread to the Far East and Arabia.

The concept of using infused essential oils as mood enhancers is believed to have originated in China. The time frame is thought to coincide with that of ancient Egypt’s use of aromatic essential oils. They used essential oils and burned fragrant woods and incense to show respect to God. The oldest surviving medical text in China is Shen Nung’s Herbal Book, which is dated about 2700 BC. It is a compendium of information on more than 300 plants and includes aromatic massage as one of its many aspects.

The Aztecs And Their Use Of Essential Oils

Lastly, the Conquistadores were amazed at the wealth of medicinal plants and aromatic oils found in Montezuma’s botanical gardens. The. Aztecs were well known for their plant remedies. The North American Indians also used aromatic oils for their own herbal recipes. With the advent of the 19th century, came a time of inquiry from scientists in Europe who began researching the effects of essential oils on bacteria in humans.

The Suggested Benefits of Aromatherapy

Even though academic research on the effectiveness of aromatherapy and particularly the therapeutic use of essential oils is limited, according to the Mayo Clinic, there have been studies done that suggest aromatherapy does have some health benefits. These include: relief from depression and anxiety, improved sleep patterns, and with use of lavender oil specifically, the reduction of pain from both kidney stones and osteoarthritis of the knee.

Perhaps the most widespread and popular use of aromatherapy is its ability to reduce or eliminate stress. This aspect of aromatherapy is well studied. Some of the more popular essential oils that accomplish this are: lemon oil, lavender, bergamot, peppermint, vetiver, and ylang ylang.

Essential oils that are believed to reduce depression are peppermint, chamomile, lavender, and jasmine. They are not intended as stand alone treatments for depression, and are best used as complementary adjuncts to professional counseling and treatment. Studies have also shown the efficacy of aromatherapy on memory enhancement among young patients.

Sage oil is the most commonly recommended oil for achieving this effect.

Many essential oils are known to increase circulation, raise energy levels, and generally stimulate the body and mind, without the dangerous side effects of other potentially negative stimulating substances. The best essential oils for getting an energy boost include: cinnamon, black pepper, cardamom, clove, angelica, jasmine, tea tree, rosemary, and sage.

How exactly Does Aromatherapy work?

Essential oils are carefully extracted from various plant parts and then distilled. They are versatile and can be inhaled directly or indirectly or applied to the skin via massage, lotions or bath salts. It is said that aromatherapy stimulates smell receptors in the nose, which then transmit signals to the limbic system, the part of the brain that controls emotions. Generally speaking, essential oils are perfectly safe when they are used as directed.

Five Important Essential Oils And Their Affect On Our Lives

The following five are just a few among many essential oils that since ancient times have improved the lives of mankind.

Used extensively in perfumes and aromatherapy, lavender oil is highly versatile and extremely fragrant. It is an ingredient found in a myriad of personal care products ranging from face wash to shampoo to hand cream. It is most commonly known for its relaxing effects on the body. Even though lavender is very common, many people don’t know its fragrant history as a cure for ailments that run the gamut from headaches and burns to an air freshener sold in the streets of 16th century, plague-infested London as a way to eliminate the smell of the dead and the dying. It was also used at this time as a way to scent laundry and toilets. 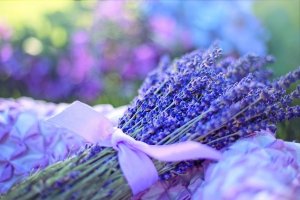 Rose oil is considered to be the queen of essential oils because of its many health benefits and other uses. The beautiful, fragrant flower is in itself an icon of love and the epitome of anything and everything romantic. It is the intoxicating sweet scent of the rose, which wafts in the air like the words of that old melody about “the very thought of you.” It boosts the libido and arouses desire and romantic feelings.

The properties of this essential oil are said to serve as anti-depressant, antiseptic, aphrodisiac, astringent, antispasmodic and antiviral, just to mention a few. It also kills bacteria and can be used in the treatment of typhoid, diarrhea, cholera, food poisoning and other conditions caused by bacteria.

Commonly used in aromatherapy, the word comes form the Old French word, franc encens, which means ‘quality incense’. Frankincense has long been associated with the Christian faith, as it was one of the first gifts given by the three wise men to the baby, Jesus. Also known as olibanum, this essential oil offers a wide variety of health benefits including: relief from chronic stress and anxiety, boosting immunity and relieving pain and inflammation. Its source is the resin from the Boswellia carterii tree, which grows in Somalia and is unique because it can thrive with very little soil in dry and desolate conditions.

Extracted by steam distillation of the leaves of the Patchouli plant, patchouli essential oil is today considered one of the most versatile and celebrated of oils. Its health benefits include its ability to soothe inflammation, relieve depression, uplift mood and relax tension. One of the most interesting aspects concerns the insecticidal property of this essential oil. From ancient times to the present, it is a component in sprays, body lotions fumigants, vaporizers and incense sticks. In its purest form, only a few drops are needed to keep insects at bay.

An essential oil extracted from the fragrant flowers of the bitter (Seville) orange tree, neroli was discovered in the late seventeenth century and is named after a princess, Anna Maria de la Tremoille. This essential oil and the therapeutic properties of its flowers were highly valued by the Venetians who rubbed a distilled water into their bodies twice a day as protection against the plague and other fevers.

At one time, neroli was a perfume worn by Spanish prostitutes and its unique fragrance promptly singled them out from other women. Neroli’s powers to calm and relax all that use just a little amount of it mixed with almond oil make it a frequent choice for aromatherapy treatments.

Aromatherapy has many sweet-smelling things to offer the world at large. Educate yourself and learn all you can from reliable sources so that you can receive optimum results for your product or product line.

For well over seven decades now, we’ve been developing high-quality, distinctive fragrances for use in beauty, personal care products and more for a large array of global clientele. If you’re perfumer, an entrepreneur looking to launch a perfume line or you’re an established company, call or contact us today to learn more about our pure, organic certified fragrances used in the booming essential oils market.

This guide was created with the insight, direction and approval of our master perfumer, Roger Howell, our President and CEO, Arnold Zlotnik, and our key Alpha management, compounding and quality control team members. Learn more about our company’s mission, our credentialed and degreed perfumers and the creative passion we place behind our every fragrant creation.