Perfume, Eau de Cologne, Eau Fraiche and Eau de Toilette all have historical roots, some of which may not be well known. Some very famous people down through time have indulged in these fragrances. Here are some tales of some sweet-smelling famous notables down through the annals of time.

Fragrance In The Ancient World

Perfume dates back to the ancient world, where ointments and balms were blended with essential oils known as unguents to provide scents for the elite scions of Egyptian society. Cleanliness was highly valued and ancient Egyptians bathed daily, cleansing themselves with fragrant oils, which were considered to be the sweat of the sun god, Ra.

In ancient Rome, perfumes were often used as incense for religious ceremonies and in public areas to mask the putrid odors of city life. Pliny the Elder (23-79 AD) wrote of rose-scented water being sprinkled in theatres. The ancient Greeks believed that wearing a sweet-smelling fragrance was pleasing to the gods. Greek medical thinkers of the day were certain that fragrances improved health and vitality. 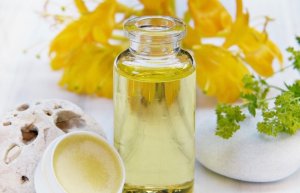 The use of scents spread throughout the ancient world and to other cultures, such as the Iranians and Chinese. They also prized certain fragrances, although the Chinese utilized incense instead of perfumes that were applied to the body. Ancient texts claim that Israel’s King David scented his clothes with aloe and cassia, which is an aromatic bark similar to cinnamon.

Famous Lovers of Perfume Throughout History

Obviously, there are too many famous lovers of perfume to include everyone, but here are a few that stand out historically.

Marie Antoinette (1755 –1793) enjoyed natural perfumes, in addition to lavish clothes. Her perfumer was a young man named Jean-Louis Fargeon, who created many scents, perfumes and beauty products for the young queen. He won her favor by creating a customized scent for her riding gloves, which was a delightful mélange of blood-red carnations, hyacinths, violet, jonquils and musk. Whether he knew it or not, he hit upon a winning combination of some of her favorite floral scents; roses, violets, lilies and jonquils.

The queen ordered many more gloves and a perfume to add to her bath. Fargeon created her favorite, Parfum de Trianon, the ingredients of which included: violet, rose, jonquil and tuberose mixed with amber and musk. She always traveled with her perfumes and even before fleeing for her life insisted on filling orders for perfume for her journey. It is speculated that her waiting for this delivery delayed her departure and ultimately led to her capture and subsequent execution.

The wife of Napoleon I came from the West Indies and her preferred fragrances were those that reminded her of her homeland. She loved jasmine-scented perfume and the exotic scent of vanilla, clove and cinnamon. In 1807, the perfumer to French royalty, Houbigant, created a special perfume for Empress Josephine, which had strong notes of musk and civet.

The Tsar of Russia

In addition to Marie Antoinette and Queen Victoria, Houbigant was also named the royal perfumer of the Imperial court of Russia in 1890. In 1912, he created a unique fragrance for the Tsarina known as Quelques Fleurs. This was the first multi-floral scent ever made. Overwhelmingly feminine, this incredible perfume was comprised of more than 300 diverse floral essences. In the late 1980s, Houbigant re-launched this beautiful perfume and made available for sale. (God alone knows how much it costs!)

What Is Eau de Cologne?

Giovanni Maria Farina (1685–1766) a homesick Italian perfumer living in Cologne, Germany, created the original Eau de Cologne in 1709. He based its scent on his birthplace, Santa Maria Maggiore Valle Vigezzo. He wrote to his brother, Jean Baptiste: “I have found a fragrance that reminds me of an Italian spring morning, of mountain daffodils and orange blossoms after the rain.” 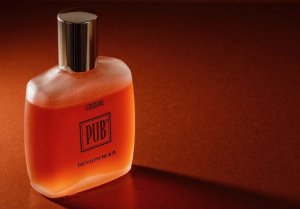 The fragrance took off among the rich and royal and soon became a global sensation, one vial of which cost the equivalent of about half of a year’s wages of a civil servant. Farina made a fortune filling the orders of many royal European houses, and his Obenmarspforten fragrance factory is the oldest of its kind in the world.

Although the exact formula for original fragrance has remained a secret for hundreds of years, it is known that eau de cologne contains an alcohol concentration of approximately 2%-5% and essential oils from lemon, orange, bergamot, tangerine, neroli, and grapefruit. Farina inserted wisps of lavender, thyme, rosemary, petitgrain, jasmine, and, for some strange reason, the tang of tobacco.

The beauty of eau de cologne lies in its simplicity. It is comprised of nature’s finest elements; the zest of an orange, tangerine, lime, and lemon, the accented richness of rose, wood and musk. It represents a special mélange of citrus oils such as orange leaf blended in diluted ethanol with oils of lavender, jasmine, rosemary and thyme. 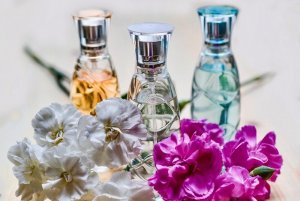 The imperious ruler loved citrus-scented Eau de Cologne and used it throughout his life, sparing no expense. One of his perfumers, Chardin, delivered a standing order of 50 bottles a month! He used it after bathing and his practice was to drench his neck and shoulders with the fragrance. Emotionally, the key ingredient in eau de cologne, rosemary, transported him far away from the battlefield back to his childhood in Corsica where the herb flourished along the sunny cliffs of his homeland.

Our aloof first president was a quiet man who loved to make his presence known as much by the aroma of his cologne as by his words. One of his favorite fragrances was Number Six Cologne, a blend of rosemary, bergamot, orange blossoms and 28 other aromatics. This original scent is available even today via America’s Oldest Chemists and Perfumers, Caswell-Massey.

Washington was so fond of this fragrance that in 1780 he gave two cases of it to France’s Marquis de Lafayette as a gift of gratitude for his invaluable help in making America victorious during the Revolutionary War. The marquis, in turn, liked the cologne so much that he bought another case of it 40 years later when he visited the Caswell-Massey perfumery in Newport, Rhode Island.

In 1828, Pierre-Pascal-Francois Guerlain established a perfumery on the Rue de Rivoli in Paris. His clients included the Grand Duchess of Bade and Her Majesty the Queen of Belgium.  His greatest creation came a bit later when he developed Eau de Cologne Imperiale and presented it to Empress Eugenie upon her marriage to Napoleon III. The unique bottle, which was shaped in a  bee design, has remained the trademark of the perfume company to this day. Two well known lovers of this remarkable cologne were actor, Marcello Mastrianni and Ronald Reagan.

What Exactly Is Eau de Toilette?

Eau de Toilette or toilet water as it is sometimes called, is a lightly scented cologne that is usually applied directly to the skin after bathing or shaving. It has a high alcohol content and a lower percentage of fragrant oils than those found in ordinary perfume. Also known as aromatic waters, it is most often used in the warmer months of the year. 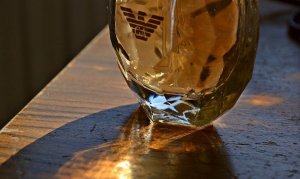 The Origins Of Eau de Toilette

Eau de Toilette dates back to 14th century Europe and Hungarian Queen Elisabeth, who created a fragrant oil mix with alcohol that evaporated slowly on her skin. This was the first toilet water ever developed and it was called “eau de la reine de hongrie” (water of the Queen of Hungary). It was based on a single herbal scent, that of rosemary. During the fourteenth through sixteenth centuries a type of toilet water called “plague waters” was also created that was said to drive away the bubonic plague. (Maybe the rats, but not likely the plague!)

On December 14, 1959, which was the same year the troubled, sexy actress starred in the film classic, Some Like It Hot, she placed an order under the name of Dorothy Blass, her personal secretary, for half a dozen perfume bottles of Rose Geranium Eau de Toilette to be delivered to the Beverly Hills Hotel. This fragrance is produced today but only in bath essence and soap. It contains top notes of citronella, greens and geranium; middle notes of heart of palmarose, rose and rosewood and ends with a base note of cedar-wood.

What Exactly Is Eau Fraiche?

Eau Fraiche is a scented substance worn in a manner similar to perfumes and fragrances. The difference lies in its lower price, which is due to the percentage of essential oils it contains. The highest percentage is found in true perfume, which has about 22%. Eau Fraiche contains about 1 to 3% essential oil, making it the lowest of all available fragrances. 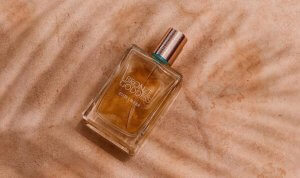 The term, eau fraiche translates to fresh water. It doesn’t last as long on the skin but is still very popular, especially among those who cannot afford the often-prohibitive cost of true perfume.

Down through time, however we smell and whatever we do, it is perfume, eau de cologne, eau de toilette and eau fraiche that have helped to transport us far away from the daily grind, with a magic olfactory carpet ride to distant ever fragrant shores.

If you’re interested in creating an original fragrance, learn more about our process, strategy and expertise, and above all how we’re dedicated to building scents that build great brands.

Final thoughts on perfume: A woman’s perfume tells more about her than her handwriting. ~ Christian Dior

This article was created with the insight and guidance of our President and CEO, Arnold Zlotnik, and our key Alpha management and staff. Explore our company’s mission, our degreed perfumers as well as the passion behind every fragrance we create for our globe clientele.