Some superheroes save the crime-ridden world with their X-ray vision. Arnold Zlotnik is out to save this stinking planet with his nose. And don’t think he can’t do it.

He’s Mr. Scent-sitive, president of Alpha Aromatics in Fox Chapel Borough and a man whose heroic nose is so refined it can distinguish between 1500 individual scents and can accurately differentiate between fragrances as similar as black cherry, wild cherry, cherry pop and cherry cough drops. 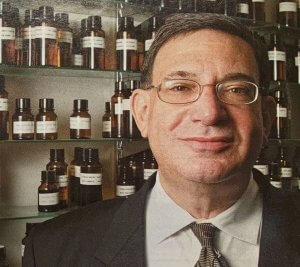 “Blindfolded, with one whiff I can tell you all the toppings and ingredients on a hot pizza,” sniffs Zlotnik, whose license plate reads “Z Nose.”

The old knock on Pittsburgh used to be that it was a dirty, smelly city. Zlotnik put the final emphatic nail in that coffin by developing one of the hottest fragrances on the market — nominated for the fragrance industry’s Oscar, The FiFi Award.

Named coincidently, “Clean”, the fragrance has been ballyhooed by Hollywood glitterati such as Cameron Diaz, Nicole Kidman and Jamie-Lynn DiScala, who played Meadow on “The Sopranos,” which means, despite the inherent moral ambiguity, it’s acceptable to use dirty money to buy lean.

Fro Zlotnik, the success is the culmination of a lifelong dream. “I’ve always had a love for fragrances,” he says. “I remember as a boy finding spirant and honeysuckle and enjoying how wonderful they smelled on a summer day. Ever since, I’ve wanted to develop fine fragrance.” 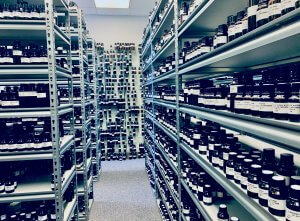 If such dreams don’t equate with typical dreams of playing second base for the Pirates, you have to understand that Zlotnik comes from a local family that used smells, both good and bad, to become… well, stinking rich.

His grandfather Harry Surloff and an uncle, Bob Surloff used to run Surloff’s Inn on Center Avenue in the Hill District. When bathroom odors began making meals unpleasant, the two in 1946 developed the world’s first fan-operated air freshener dispenser. Its success was so immediate the two closed the restaurant and began selling industrial fragrance devices nationwide.

Zlontik has worked in the business on all levels as is, in fact, hailed as a superhero in neighborhoods all over the world. “We used to help factories that were emitting foul odors. The would come to us and we’d fix it,” he says.

Then in 1997, this hero was weakened by his own version of kryptonite, and nearly did him in. It wasn’t Lex Luthor or The Green Goblin. It was allergies.

A business that at the time employed 60 people was held in the balance. He summoned the University of Pittsburgh Medical Center and Otolaryngology Dr. B.J. Ferguson. “After the operation, they put an apple slice under my nose. I said ‘I can smell again!’ I was like a blind man being able to see again.”

Today, his business is flourishing like a luscious field of lavender. Aromatherapy is all the rage. Corporations are using scented showrooms to trigger emotional responses. Casinos have found that peppermint exhilarates the senses and keeps people alert. 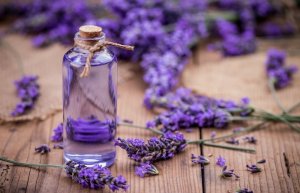 Despite its audacious abilities, his is an unassuming, if somewhat beefy, Clark Kent of a nose. When it is summoned to duty, his nostrils flare as if on a relentless hunt. His eyes close, and he looks as if he’s under the sway of a particularly potent hypnotist. But he’ll happily interrupt important business meetings to conduct happy chatter with one of his four children.

Of course, Mr. Scent-sitive is a man who will always take time to stop and smell the roses.